Forcing not forming a new team

Forcing not forming a new team

Lack of teamwork can be a problem for a number of reasons. In this article we look particularly at the risk of this occurring during the formation phase of a team, where it seems that the team is being forced to achieve its goals rather than being formed to do that. The distinction is that there is too much emphasis on results and not enough on the needs of the team.

Continuing our series on stages of team development using out STAR team model, in this article we consider how to avoid a team being forced to perform before it has properly formed, and the lack of teamwork that can result.

Whilst every team and context is different a few important teamwork tips can provide a basis on which to develop your approach to avoid the danger of lack of teamwork.

The STAR team model suggests that effective teamwork in the workplace happens when four elements (Strengths, Teamwork, Alignment and Results) are in place:

A different emphasis and focus for each of the STAR model elements is needed at different stages of the team’s development. There is however a risk that too much emphasis on results can lead to a team being forced to perform and not developing teamwork skills.

Lack of teamwork – forcing before forming

Forcing performance from a team before it has properly formed can be a key reason for poor teamwork and under-performance. Forcing is often characterized by:

During the forming stage it is possible that a frustration with a lack of focus on the task, and of initial difficulties with the group could lead to a team leader forcing the situation with a very strong focus on the task at the expense of supporting the sense of togetherness of the group.

Initially this may result in the team performing well and, in the short-term, achieving its results. The danger is that very soon the team members will start to retreat within themselves, disliking the forceful nature of the leadership approach.

Of course it may be at times necessary to be more forceful to shift a team’s focus back to achieving results, but over the longer term a leadership approach should be about balancing an emphasis on results, on teamwork and on the strengths of individuals. Without the leader ensuring that these three aspects are aligned lack of teamwork is likely to be the outcome.

If you do have the time to read more on this topic, why not go to our teamwork articles. To read more of about our teamwork concept – the STAR team model- see our articles teamwork theories, teamwork defined and teamwork in the workplace. For a more general introduction to team building, a good place to start might be thinking about why teamwork  is important, or you may want to think about how you define teamwork or reminding yourself of the benefits of teamwork.

Team Building Techniques at Your Fingertips!

This is one of the articles in our teamwork series. But for some practical team building techniques, look at our great-value e-guides here, or start with our Team Building Exercises for all team stages. The exercises in this guide are grouped according to our team stages model. Remember, each team is unique and needs to be led through several developmental stages. These include:

Creating a new team or taking over an existing team

Exercise 1: Being a TEAM together
Exercise 2: True or false
Exercise 3: Who does what in a team?
Exercise 4: Getting the mix right
Exercise 5: Doing something for the first time
Exercise 6: Two years from now

Performing and achieving results with a team

>>> Return to the Teams Knowledge Hub

These are fantastic little e-books, very thorough, easy to follow

We’ve used [the guides] as support tools for learners on our talent management programmes which has saved me a lot of time and a lot of money. I’d definitely recommend them. 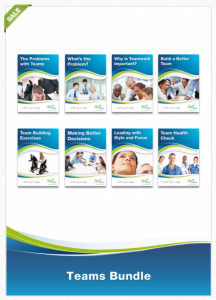 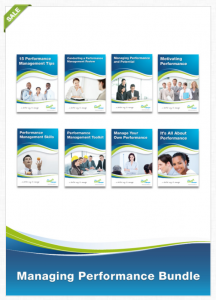